Brussels, November 20th, 2019 – Economic aspects of Croatia’s upcoming Presidency of the Council of the EU were in the focus of a function hosted by the Brussels’ Croatia-EU Business Council and Vlahovic Group. The function brought together representatives of major international companies, experts from the Permanent Representation of the Republic of Croatia to the EU, as well as other institutions involved in Croatia’s EU Presidency preparations.

The priorities of the Republic of Croatia contained in the four pillars (a Europe that grows, a Europe that connects, a Europe that protects, an influential Europe) were presented in more detail by Ambassador Goran Stefanic, Deputy Permanent Representative of the Republic of Croatia to the EU. The vast majority of working meetings, approximately 1500, will be held in Brussels in as many as 160 preparatory bodies of the Council of the EU. “During the Croatian Presidency, we will strive to make progress and conclude as many files as we can that we will take over from the previous presidencies and start discussions on upcoming EC proposals and initiatives“, Ambassador Stefanic said. He also emphasized that Croatia would advocate for a value-sharing and diversity-respectful Europe. Among the most important conferences for the business sector are the TEN-T days which cover transport, energy, digital connectivity and will be held in Šibenik and Digital Assembly, the largest annual digital single market conference that will be held in Zagreb. Regarding the most important political events, Stefanic pointed out to a Summit that will be held in Zagreb in May, focusing on a responsible approach to the neighborhood and the continuation of a credible and effective enlargement policy, 20 years after the EU integration process of the Western Balkans started. „In addition, we will seek to reach an agreement on the 2021-2027 MFF which is extremely important to ensure the smooth functioning of the EU and the implementation of the planned programs. End of Brexit is also among the challenges ahead“, concluded Ambassador Stefanic.

During the Croatian Presidency, we will strive to make progress and conclude as many files as we can that we will take over from the previous presidencies and start discussions on upcoming EC proposals and initiatives.

The confidence and optimism that the new EC Commissioner College will assume office on December 1st were expressed by Deputy Director-General for Transport and Mobility Maja Bakran Marcich, currently the highest-ranked Croatian official in the European Commission. „I believe this will be a great benefit for additional European affirmation of Croatia with all the strategic challenges that will be addressed in Brussels during the Croatian presidency, as well as a benefit for all diplomats and officials who will have the opportunity to participate in this process“, said Bakran Marcich.

„The Presidency opens up the possibility for further affirmation of European topics in Croatia, a better understanding of the importance of participating in the decision-making processes of the Union, both for citizens and for the business sector. This is definitely an excellent opportunity to strengthen our institutions as well, and as we have been collaborating with the Permanent Representation of the Republic of Croatia to the EU for a long time, particularly regarding business-related matters, we can say that there is an excellent team of experts that is really well prepared for the challenges ahead“, Natko Vlahovic concluded on behalf of the organizers. 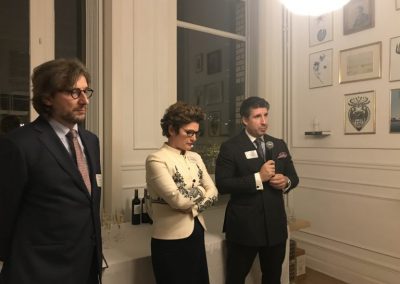 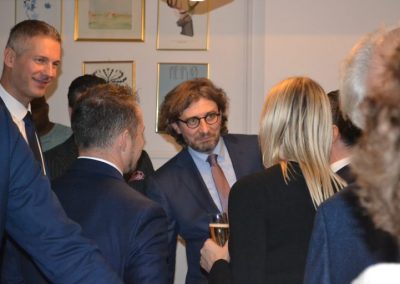 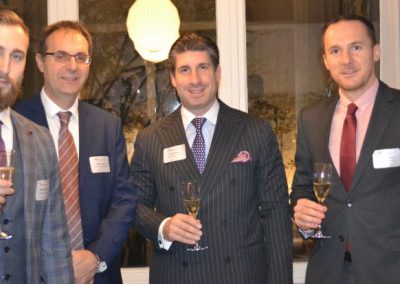 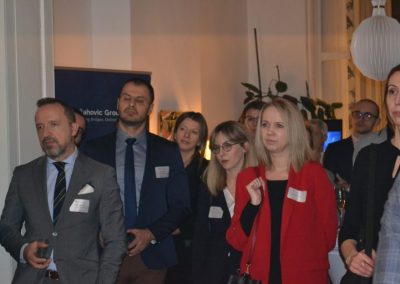